WordBowl Wednesday Reprise in honor of Colman Domingo’s birthday (HappyHappy!). Colman’s WordBowl Word, ELIXIR, proved challenging: an ancient term for a substance that could transform metal into gold or prolong life indefinitely, what could be a modern equivalent?

Originally written a year ago as he decamped NYC for London, this post is hitting as he flys off to shoot Season 2 of FEAR THE WALKING DEAD. As of last season’s cliffhanger, he is not yet a zombie…

Speaking of the dearly departed, two of the three establishments featured in this story are no longer part of the vibrant downtown Manhattan scene. RIP.

On the eve of his departure to London for a limited engagement of his award-winning solo show, A Boy & His Soul (Tricycle Theatre) and to reprise his Tony-nominated role in The Scottsboro Boys (Young Vic), WordBowl Word-of-the-Day “elixir” from 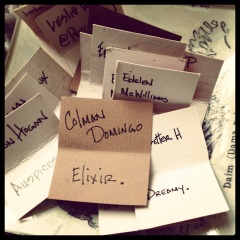 Fingers dancing, racing, drumming syncopating — almost, close — to the bombastic beats in his brain, crazy code streaming, screaming from his fingertips, he is in the zone, the Matrix, he is the Matrix, master, architect, builder, creator, executor.

He can’t type fast enough, he will go faster, faster, his head and his computer one beating organism. He barely, briefly pauses to throw back his spiked Red Bull, tepid and sickly slicking down his throat, chin. ClickClackClicketyTap. Focused. Clear. KILLING IT.

Way better than the skid-skittery of his last Adderall stint, this new stuff, this mixing of Old/New, this all-nighter in the company bullpen, solo flying, solo dancing with the pressure on — big money meet in the a.m. — he is ON, he is SHIT. 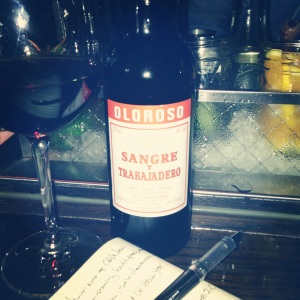 OLOROSO SANGRE TRABEJADERO Sherry, elixir of the gods, a vacation to Spain without leaving the barstool (The Beagle, nyc)

Stop. He has not Lost It. Back up. Review. Line by line. Scan. See. Eliminate. Edit. Fixityfixfix. Stop. Crack the whole thing wide open. Follow the trail, follow the trail, follow the code, get inside the code, imbue the code with his secretsauce, chase himself down the rabbit hole all the way to Wonderland, find it, FOUND IT, the kernel, the essence, the key to NEXT, the frontier beyond Web 2.0, even 3.0, this is Fourth Dimension shit. Shift the course of human interaction, evolution. Fundafuckingmental.

And his code, clean, a sparkling stream.

He shouts into the void, Oh HELL YEAH. He needs to wii or drum, both of which are available at his apartment, but he has been cited — multiple citations — neighbor complaints, those J.O.B. nine-to-fivers objecting to his unregimented bursts of stimulation, inspiration.

As if the gods, the muses, punch a timeclock.

When this hits, he’ll buy the building, kick them all to the curb. Fill it with people like him. He high-fives an invisible friend, champion. Himself.

This is REVOLUTION, they will usher in a whole new way to engage, absorb information. Jack-streamed into the bloodstream, the infostream. 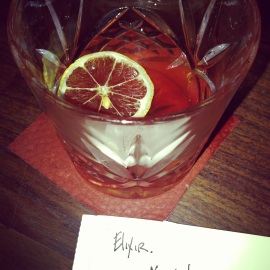 The ultimate algorithm, every moment of interaction exclusive to you, encasing you in a sentient bubble, sensing and synthesizing data, bespoke knowledge, interactivity not just tailored to but designed for your specific needs, tastes, desires, both articulated and innate.

Texts his co-founder, sleeping in preparation for the big meet tomorrow — today? —with the potential new VCs, because this is the forshizzleshit.

Dashes to the kitchen for a beer, keg tapped out, nothing in the fridge as they await the bridge financing to take them to the other side and he has done it, DONE IT, you-centric Nirvana and whoever — his co-founder, the Board, the VCs — will figure out the monetization shit cuz this is MIDAS.

Forget the Fountain of Youth, immortality. This life, this mortal life, with you at the center, served by data as acolytes once served the gods.

God of You. Served by the stream.

He sits down. Thrums thumbs against thighs. Pours himself back into the flow, coding towards You-topia.

The (hand)writing of “elixir” required inspirational cocktails at Saxon & Parole (on the Bowery, nyc) & some stimulating sherry at The Beagle (Yes, again! There’s cocktail alchemy going on behind the bar) as well as superlative caffeine at Bowery Coffee. 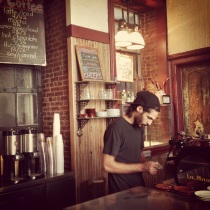 Would you like to play WordBowl? Fill in the info below!