Our WordBowl Word of the Day courtesy of punster Anna Noelle Rockwell, who’s passion for all things culinary and anthropological fuels her provocative art.

Kim Jong Il was “testing” nuclear bombs in the Sea of Japan during my inaugural trip to Tokyo for our company’s global executive summit, a disgruntled employee pressed into service as translator at — but not on — my side.

I was practiced in the corporate meetings rituals, the hierarchy of greetings, the presentation of gifts, ceremonial business card exchanges. Beyond these protocols, English dominated.

Be-suited Bobbleheads, ring-around-a conference table, nodding in unison, my translator assuring me all agreed — to my entire presentation? — Hai! Hai! Crucial, the distinctions between “translator” and “interpreter”: a literal translation of Japanese “hai” equates to an English “yes”, but a more accurate interpretation would be “I hear you.” Or, “I acknowledge you spoke words.”

What a difference inference makes.

I had jumped at my company’s subsidized language benefit, thrust myself into a challenge in which there was no possibility of bullshitting my way to success. Fantasies of Murakami literary discussions, debates over Miyazaki’s animation adventure-fables, danced in my head, my high school French failures notwithstanding.

Each week I scrabbled through the onslaught of Kanji and Katakana characters, wrapped my head around the concept of object-dependent counting systems, but the business of business intervened, last minute travel to far-flung places for momentarily monumental meetings rendered inconsequential in the inevitable reorg du jour. Determined to defy defeat — despite missing the crucial class on number nomenclatures for “thin flat things” and “cylindrical items” — I fired e.mails to my manga-obsessed, just-shy-of-fluent American assistant, pleas for pithy jokes I doggedly memorized on the return flight, tossed these presumably off-the-cuff bon mots when sensei called upon me, flipping frantic through course book, class notes to score an answer to the original question as the class tittered.

Bluffing, the language in which I was most fluent. 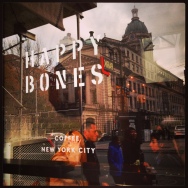 Mandatory company dinner, requisite pre-dinner sake-beer-scotch, the filler chatter never idle, the games both literal — variations on rock-paper-scissors involving mental math — and figurative commenced. As we moved through Sochu cocktails — You must try! Hai! Hai! — to whiskey, which was well on it’s way to becoming an indigenous Japanese spirit, my colleagues progressed from advancing their individual professional interests to pressing me to defend the American decision to redeploy to Iraq the aircraft carriers historically harbored in Japan.

I was prepared to present U.S. entertainment market opportunities, educate my colleagues on the western predilection for three-act narrative structure. While not unaccustomed to contemplating the tangible implications of an American President’s rhetoric — Marine brothers, one bombing Basara, another training new civilian recruits — I was ill-equipped to navigate the nuances of post-WWII politics, the resentments of a modern generation attempting to reconcile their reverence for their elders with their aspirational American dreams. Or their fears of the neighborhood bully mashing a preparatory fist into meaty palm. 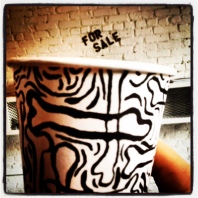 My colleagues repaired to Roppongi for karaoke and hostess clubs. I returned to my labyrinth of a hotel which would one day be immortalized in Lost in Translation, flipped the wall-sized television to the sole English-language channel.

Morning, gathered around the lobby vending machines, grabbing hot cans of cappuccino, we bleary-eyed, still polite, somewhat less optimistic colleagues again attempting small talk. Their English so much more than my Japanese, still, we had too limited a vocabulary in common, our knowledge too cursory to parse essential nuances. We could understand a word, but not the meaning.

Eagle-eyed WordBowl readers may recall a horse drawing of Anna’s was featured in a previous WordBowl story CONTINUITY  (for more of Anna’s equestrian art, visit here Esty shop HERE). In honor of Anna Noelle Rockwell’s signature cocktail of choice, this piece was initially hand-scribbled with a French 75 at Cherche Midi (Soho). Editing took place at Happy Bones, a postage-sized coffee shop I stumbled upon while urban hiking through downtown Manhattan.

Do YOU have a word for WordBowl? Use the handy form below. Looking forward to your word!